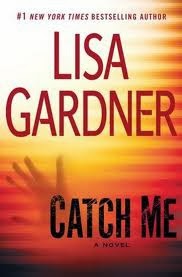 Detective D. D. Warren is hard to surprise.  But a lone woman outside D. D.'s latest crime scene shocks her with a remarkable proposition:  Charlene Rosalind Carter Grant believes that she will be murdered in four days.  And she wants Boston's top detective to handle her death investigation.

This is probably one of Gardner's best.  The story is tightly wound, supremely suspenseful and wonderfully written.  D. D. is at her best.  Motherhood has softened her a bit, but it's good for her.  She's not as bitchy as she was and that only makes her a better detective, I think.

I started getting inklings of the outcome, of the killer, but unlike other books the only reason I was figuring it out was because Gardner was writing it so I could figure it out.  It was brilliant.  Charlene is tough and paranoid, but good and flawed and human.  The only one I took an instant dislike to was Detective O.  She reminded me of a harsher, pre-motherhood D. D., but not in a good way.  I guess every story has to have someone you clash with though, right?

But my favorite part, by far was the convergence of multiple characters from nearly every story she's ever done!  Appearances were made by Kimberly & Pierce Quincy (the FBI Profiler series), Roan Griffin (The Survivor's Club) and JT & Tess (The Perfect Husband/FBI Profiler series).  The only one who didn't make an appearance was Bobby Dodge, which is strange since he's part of the D. D. Warren series.  But it was fun to catch up with everyone, especially Pierce and hear just a little bit about what has happened with him & Rainie - two of my favorite characters.  It was also crazy to think about JT & Tess to be in their 60s!

If none of them had been included in this story I still would have loved it, but the fact that they were just made me all giddy with excitement.
penned by Kari at 11:40 PM No comments: 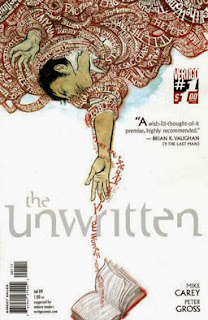 Tom Taylor's life was screwed from go.  His father created the Tommy Taylor fantasy series, boy-wizard novels with popularity on par with Harry Potter.  The problem is Dad modeled the fictional epic so closely to Tom's real life that fans are constantly comparing him to his counterpart, turning him into the lamest variety of Z-level celebrity.  In the final novel, it's even implied that the fictional Tommy will cross over into the real world, giving delusional fans more excuses to harass Tom.

When an enormous scandal reveals that Tom might really be a boy-wizard made flesh, Tom comes into contact with a very mysterious, very deadly group that's secretly kept tabs on him all his life.  Now, to protect his own life and discover the truth behind his origins, Tom will travel the world, eventually finding himself at locations all featured on a very special map.  And in the process of figuring out what it all means, Tom will find himself having to figure out a huge conspiracy mystery that spans the entirety of the history of fiction.

This is what one might call the graphic novel for book lovers.  The whole idea is that books fuel the world.  That people can come together to all love a book, think about a book and that will fuel the magic that the world is lacking yet needs.  But there's this group of people who age incredibly slowly and they control the world by controlling the literature that the world is exposed to and they'll do whatever it takes to get that control.

These books have a lot going on and mostly at times I feel slightly confused.  Still, they are exciting and, well, graphic.  The only one I had a hard time with was Leviathan.  All that Moby Dick talk bored the heck out of me.  Not a fan.

But if you love books this could possibly be the best series of graphic novels you've ever read. 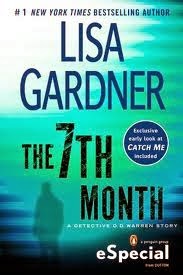 In her seventh month of pregnancy, D.D. should be taking it easy.  Instead, she accepts a small consulting role on the set of a serial killer film shooting in Boston.  D.D. figures she'll be useful to someone for at least one night, serving as a police expert and making a little extra money in the bargain.  It seems like a simple task - until the previous film consultant, a former Boston cop, is found beaten to death.  Suddenly D. D.'s date with Hollywood gets serious.  Extremely pregnant, on the trail of a killer, and surrounded by a hundred and four murder suspects in the middle of a graveyard, D.D. must quickly unravel a tangled web of lies.  As another cast member is attacked, D.D. realizes that like it or not, her priorities have changed - and her last desperate hope is that she can catch a killer before she and her unborn baby face mortal danger.

This was not your usual Lisa Gardner story.  It was almost comical instead of nail biting.  The mystery was solved super fast (because of the length of the story, of course) and you didn't get a chance to get to know or care about any of the characters.  I've read plenty of shorts, novellas, whatever you want to call them and most felt like they added something to the series, but this one just felt like she wanted to do something different and it didn't quite work out.
penned by Kari at 9:24 AM No comments: 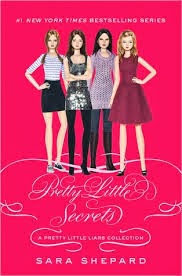 Rewind to junior year in Rosewood, Pennsylvania, to a winter break no one has ever heard about. . . .
Fat snowflakes fall onto manicured lawns, quilted stockings hang over marble fireplaces, and everyone is at peace, especially Hanna, Emily, Aria, and Spencer. Now that Alison’s murderer is in jail and A is dead, they can finally relax. Little do they know there’s a new A in town. . . .
Rule number one of being an effective stalker: Get to know your prey. So I watch these liars day and night, keeping an eye on the trouble they get into, the messes they make, and the secrets they keep. Hanna’s desperate for a very personal session with her gym trainer. Emily is number one on Santa’s naughty list. Aria’s old flame from Iceland is about to land her in hot water. And Spencer’s resorting to some backhanded tactics to get what she wants.
What happens on holiday break stays on holiday break—right? But guess what. I saw. And now I’m telling.
This book takes place between Unbelievable and Wicked even though it was written after Stunning (the 11th book in the series).  Instead of the POV changing at each chapter the book is broken into four parts, each part focusing on one of the girls and taking us through winter break.
Hanna is still trying to find her place in her dad's affections and his new life.  Now that he's moved in his fiancee and her daughter into Hanna's mom's house Hanna has to deal with them everyday.  She's not the only one dealing with new 'parents'.  Aria's not happy to be sharing her dad with Meredith, but that ends up being the least of her problems over Christmas break!
Emily is missing her friends and looking for new ones while still trying to be the good girl her mother wants.  And Spencer.  Well, Spencer isn't sure whether or not she can trust her own sister.
These adventures are fun and crazy, but I'm not sure how the rest of the series will go for me.  I thought that once they found out who A was we'd move on, but now it just seems there's a new A in the mix AND she seems to be EVERYWHERE!  It was slightly annoying every time one of the girls heard a 'high-pitched giggle' that sounded 'so familiar'.
But even though I'm not to sure about where the stories are going I still have to keep reading.  I'm invested in these girls!